Tim seated, and me, circa 1940
Before the start of the Second World War I worked on farms in the local area mostly. When I decided to join the army, I was back working on the Barton’s Pigeon Bush Farm on Murphy’s Line. I first joined the Home Guard in Featherston and later signed up for the army at Fort Dorset in Wellington. Colonel McCarthy oversaw the Fort and his wife was related to Mum in some way. Two of Mum’s brothers (Pepperells) served in the First World War.

My brother, Tim had already joined the army and was training to be an Artillery Officer at the guns at Fort Dorset; he was dispatch riding at that time. Now and then the Colonel’s wife, Mrs McCarthy, invited Tim and me to lunch. I’d feel embarrassed and self-conscious turning up to these occasions of course but I didn’t like to refuse. Mrs McCarthy was quite a nice person.

When Tim went into the Overseas Division and to Waiouru where he trained in signals for the artillery before shipping out to Cairo, Egypt, I took on his job as dispatch rider at Fort Dorset. Every morning I received the correct signal for the guns on the hills protecting Wellington Harbour. These signals were kept secret and changed each day. If any boat came into the harbour and couldn’t give the correct signal for the day, it would be fired upon immediately.

The job as dispatch rider included running all the telephone lines and manning the telephone exchange throughout the night in case there were any messages. One time I was by myself in the offices, left to do what I liked. I found where the official records were kept, opened the filing cabinet and found my personnel card. I scratched out my date of birth and changed it to appear one year earlier. Twenty years old was the age required before serving overseas and I was only nineteen, but overseas was where I wanted to go.

About a month later I went to tell the Sergeant Major of my acceptance for overseas training at Trentham Military Army Camp. “You can’t go. They can’t accept you. You’re not twenty yet,” he said. He rushed over to the filing cabinet, rustled through it and looked over my personnel card. He screwed up his eyes and looked me up and down but never said a word. I was on my way. The down side to this correction was that now I was officially that one year older I should’ve been paying tax, so I had to pay the government the tax on my wages for the last year. 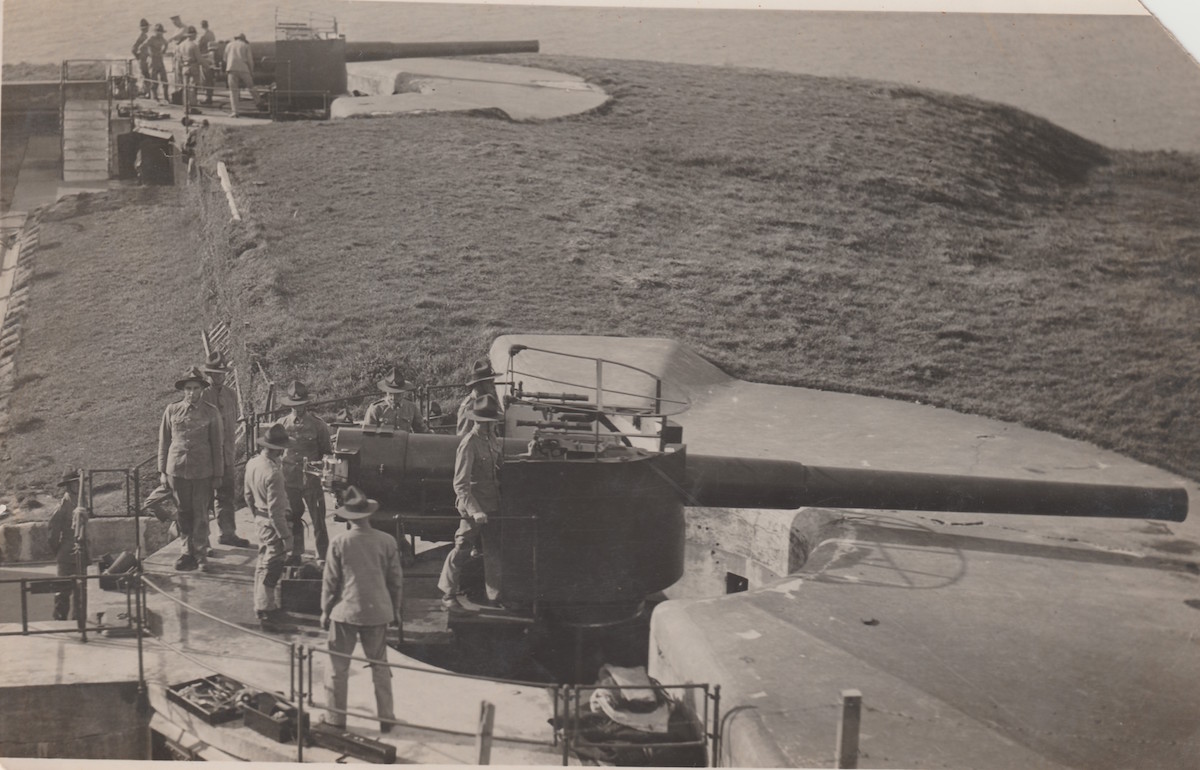 The role of Signals in WWII

There was no text messaging or emailing in WWII, these forms of communication were yet to be invented.  To get a message to the front line in the theatre of war was often a perilous undertaking despite being most critical.

The job of a signalman was to send and receive messages between message/command centres that could be located many miles from theatre, and those operating at the front line.  Sometimes this entailed running cables (telephone lines) along a mine-laden path between two centres to provide a physical connection.

Other times radio was used and once a dispatch rider received a message they sped to the front line to deliver it on motorbike, often under heavy fire.

Signalmen were trained in Morse Code and other specific signals used by different divisions.  The Signals Division supported the Infantry Division and played a vital role in all theatres of war 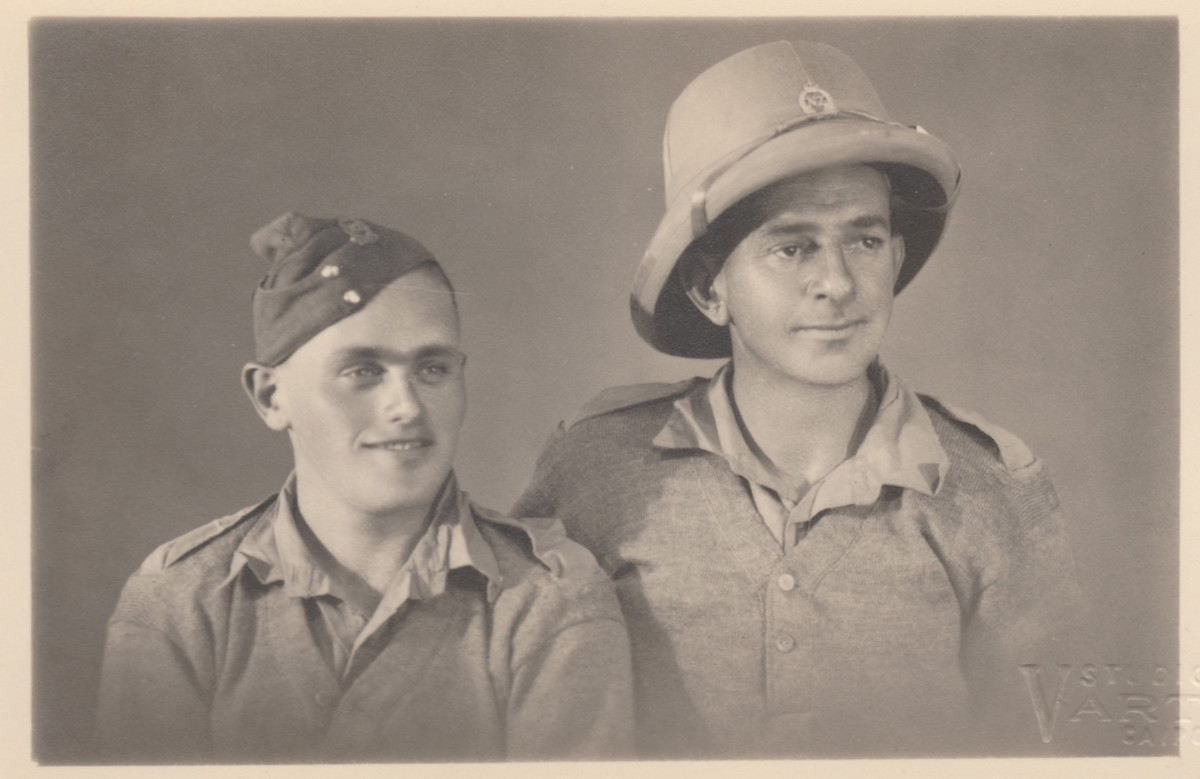 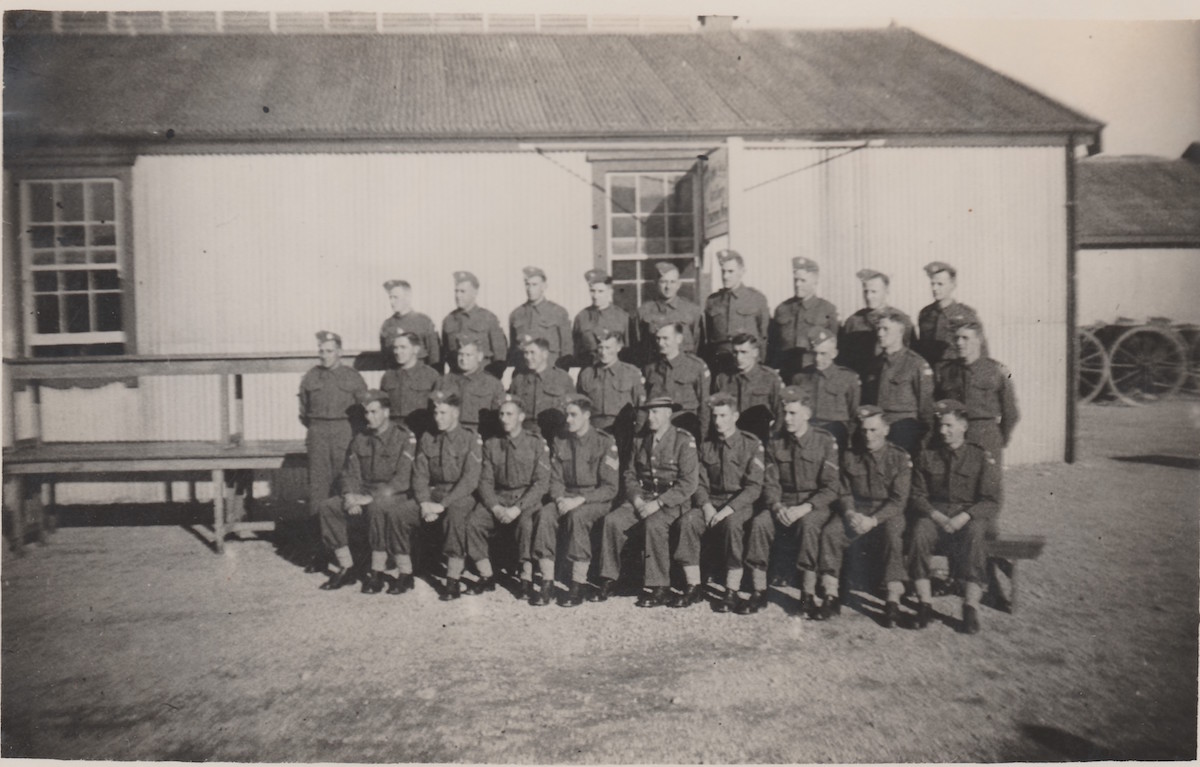 Officers and radio operators, G Section taken at Trentham; I’m in there somewhere

I joined a train in Featherston that travelled right through the North Island collecting men who had enlisted and disembarked at Trentham where the Signal Division was based, and officers and other ranks were trained. I learned Morse Code and trained in message delivery specifically how to get orders between Commanders and the front line, as well as communications used for wireless tanks. I found it handy being based just over the Hill as I could duck home on Panther at the weekends.

As Signalman JH Simmonds – 34027 I was part of the New Zealand Expeditionary Force 6th Field Regiment. I left Trentham on 27 August 1940 age twenty. We sailed to Lyttelton Christchurch on a ferry where we met a passenger liner with more military personnel on it. Passenger liners were used for only one reason; they could sail at thirty miles an hour (approximately forty-eight kilometres an hour). There were no other boats at the time that could reach that speed. We sailed flat out in one direction for a mile before making a swift turn in the other direction making it very difficult for a submarine to latch torpedoes. We sailed in a convoy to our first stop, Perth, Australia and then onto India. Of course, we weren’t told anything about where we were headed at the time.

We reached Perth in a bracing gale just after I finished breakfast and the sea was so choppy I rushed for the door to get up on deck and started retching over the side. Others came up to me laughing, slapping me on the back saying, “Sailor what’s wrong with you?” I thought I was going to die. We were in Perth for a day’s shore leave, which I barely managed, and when we sailed out of Australia that day the seas dropped right down and the ocean became a mill pond. I was alright after that. They vaccinated us on the way to India and I came up in welts along my arm and on my chest.

In Bombay, India we were on guard duty and one time we were guarding a ship that contained tins of fruit salad. The next morning the harbour was littered with empty cans, the contents devoured by hungry soldiers wanting a bit of food that tasted like home the night before.

From India, we sailed into Cairo, Egypt arriving 1 October, 1940 where I joined a military camp, Maadi, situated about fourteen kilometres south of Cairo. 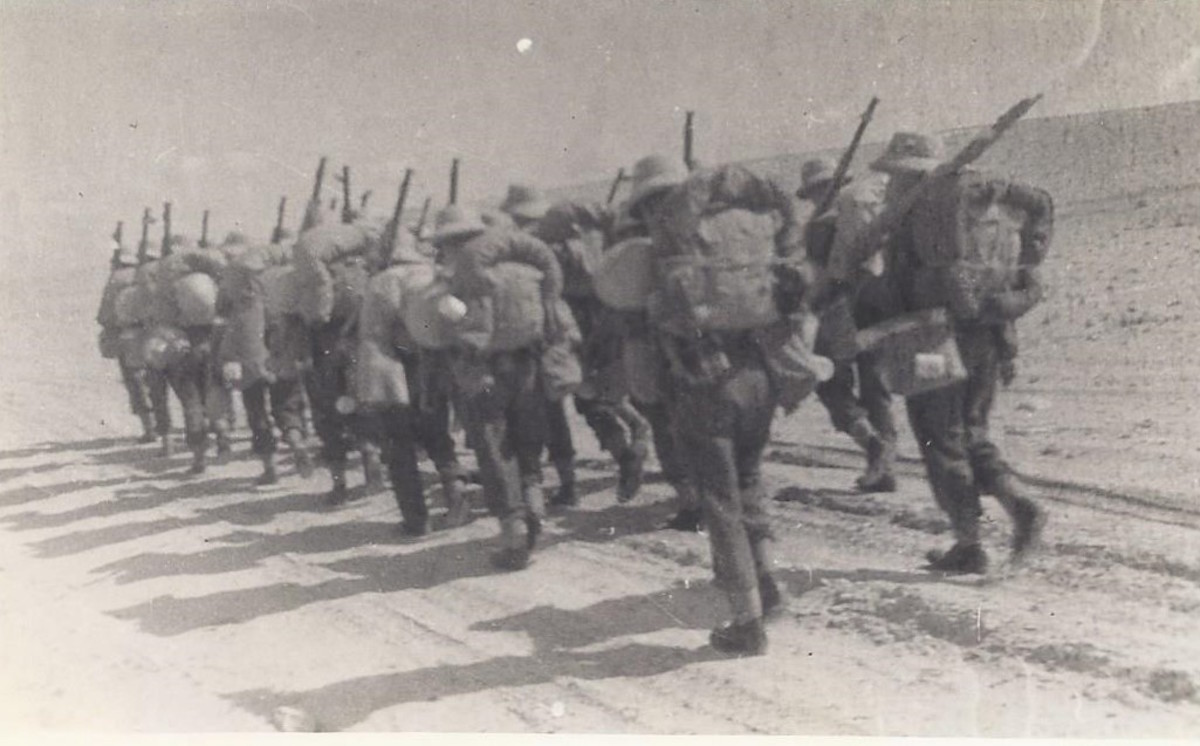 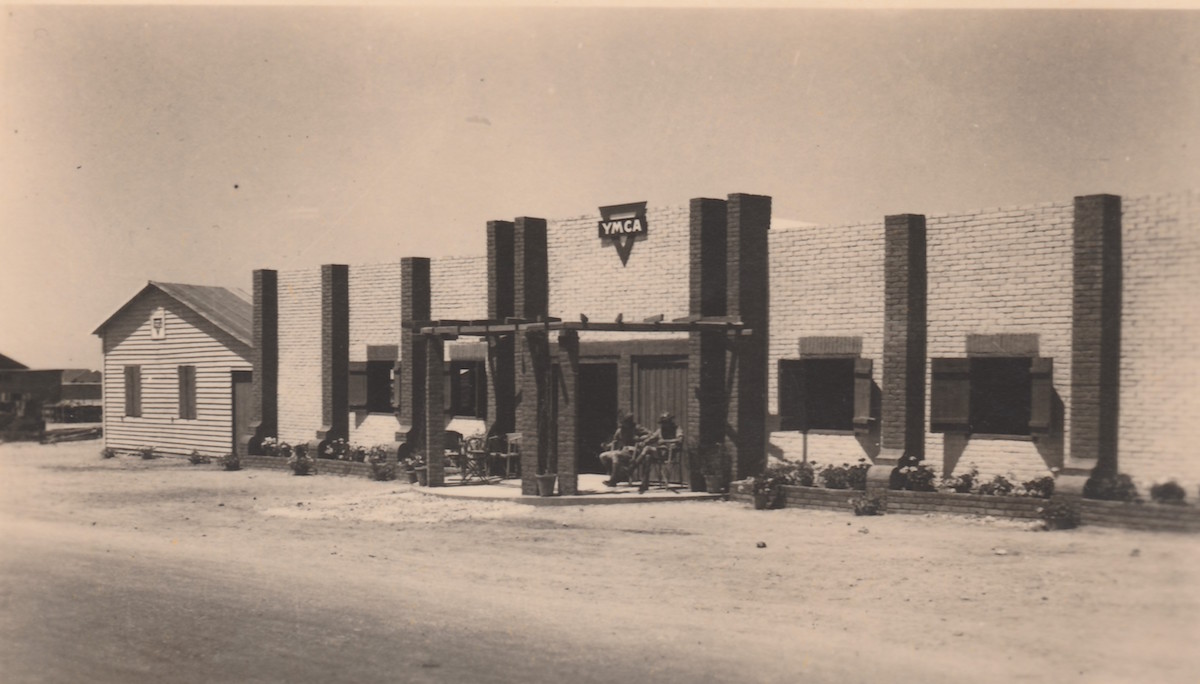 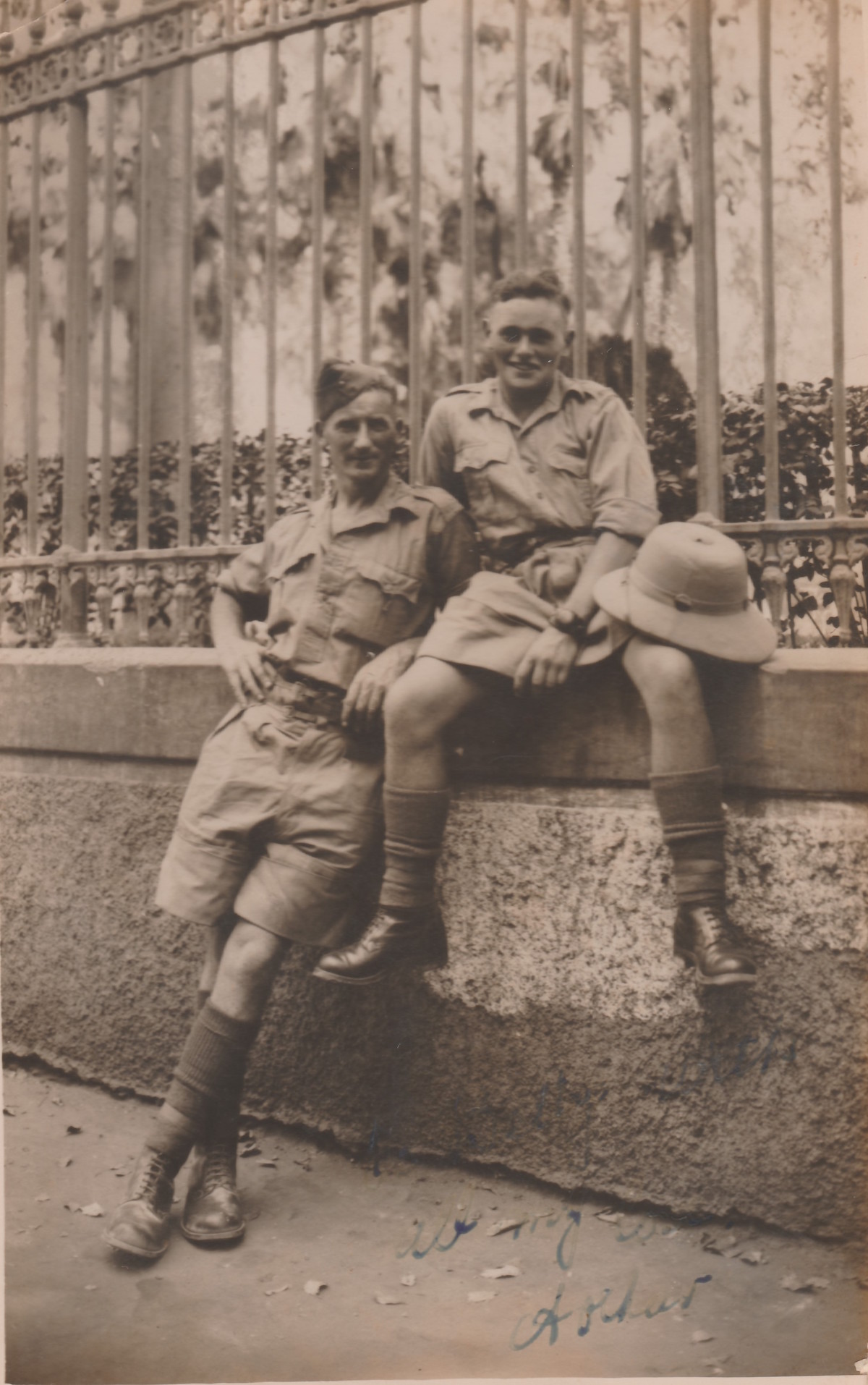 Arthur Reed and I while on leave in Cairo, circa 1941

In the Egyptian desert fourteen kilometres south of Cairo, Maadi Camp was laid out in 1940 for the Second New Zealand Expeditionary Force. General Bernard Freyberg, a WWI Victoria Cross recipient, selected the site and engineers laid seal, ten kilometres of water mains and six kilometres of drain.
Maadi Camp encompassed bars, shops, pie and ice-cream factories, a YMCA, dining halls, cinemas, chapels, hospital clinics, libraries and a swimming pool built by, and for soldiers under Freyberg’s command.
Soldiers arrived by train to sleep on straw mattresses, their freezing nights disrupted by the howls of stray dogs and the clatter of fruit bats. Conditions were far from easy; bedbugs were insatiable, prompting desperate soldiers to soak bed boards in kerosene to kill the insects. The boards were briefly burned to destroy surviving bugs.
Sand was also a menace; the worst was the dust whipped up by a vicious wind known as the khamsin. The khamsin sandstorms filled the air with grit, and dust found its way into intimate body parts, causing painful desert sores.
For 76,000 young New Zealand men who had never been overseas, Maadi Camp became their address for months. The troops found themselves in a culturally alien landscape; an Arab world, an Islamic world; a long way from home.
Today all that remains of the camp are two small metal plaques; the tents and huts that WWII soldiers called home now, swallowed by the megacity of Cairo.
Beside the River Nile a larger monument to the men and women who lived and trained at Maadi Camp was removed when Egypt seized control of the Suez Canal and rubbed out all signs of a colonial presence 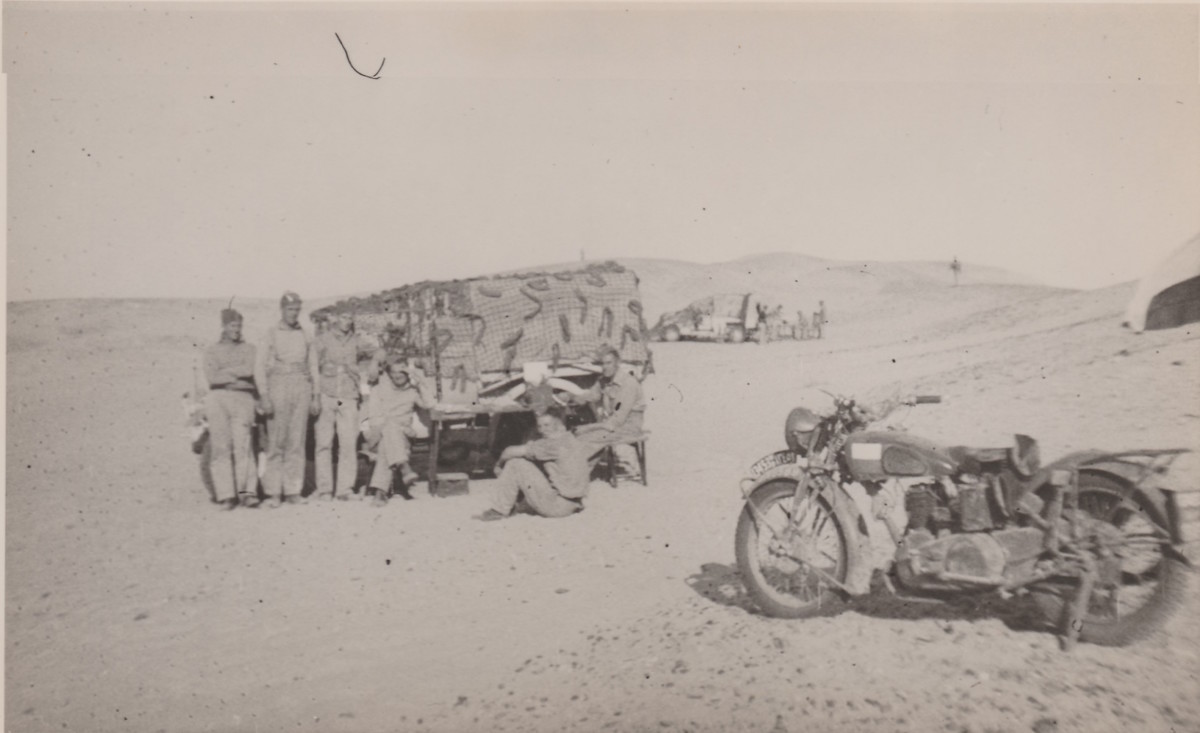 Training in the Egyptian desert

My advice to anybody going to war is this: don’t be the first to go as you won’t have anything, just tents and a whole lot of promises. I thought at the time if you received a bit of training there was more chance of surviving the war, but the way the British ruled everything, it wasn’t quite like that. They put us into jobs that were impossible to do before we even started. Of course, we suffered a lot of casualties needlessly. New Zealanders and Australians were involved in the very first actions in the Second World War, all the while the British sat in Cairo miles away. It should never have been like that.

The German army on the other hand was very different, which is why they experienced a lot of early success. For example, in the German army if things went wrong; such as all your commanders and officers were lost and you were the highest rank remaining, you could still turn that army around, shift guns and do the job. But it wasn’t like that in the British army. We were under command of British officers sitting miles away in Cairo and it was too easy for them to make decisions that resulted in huge loss of life.

Most of the British officers had been to ‘better colleges’ and when war came they automatically went into officer training whether they were suitable or not. There’s a lot more to it than just finding young men from the best schools. They put men in jobs who didn’t have any field experience or any idea of the needs of the men on the front line. Regardless they became British officers. We weren’t led by men with the right sort of experience, especially in artillery, where accuracy and estimation of range is critical.

Tim and I were in the same regiment but I hardly ever saw him. I was signaller for orders from Cairo to the colonel in charge and he was signaller for controlling the guns. We controlled the signals from within the field back to headquarters in Cairo. I did my job from the guns behind the line, up to the guns at the front if urgent, and back to Cairo. There was nothing in between except our wireless feeds, which meant I often delivered orders by motorbike, dodging the enemy to get to the front line to make sure they were handed over in person. 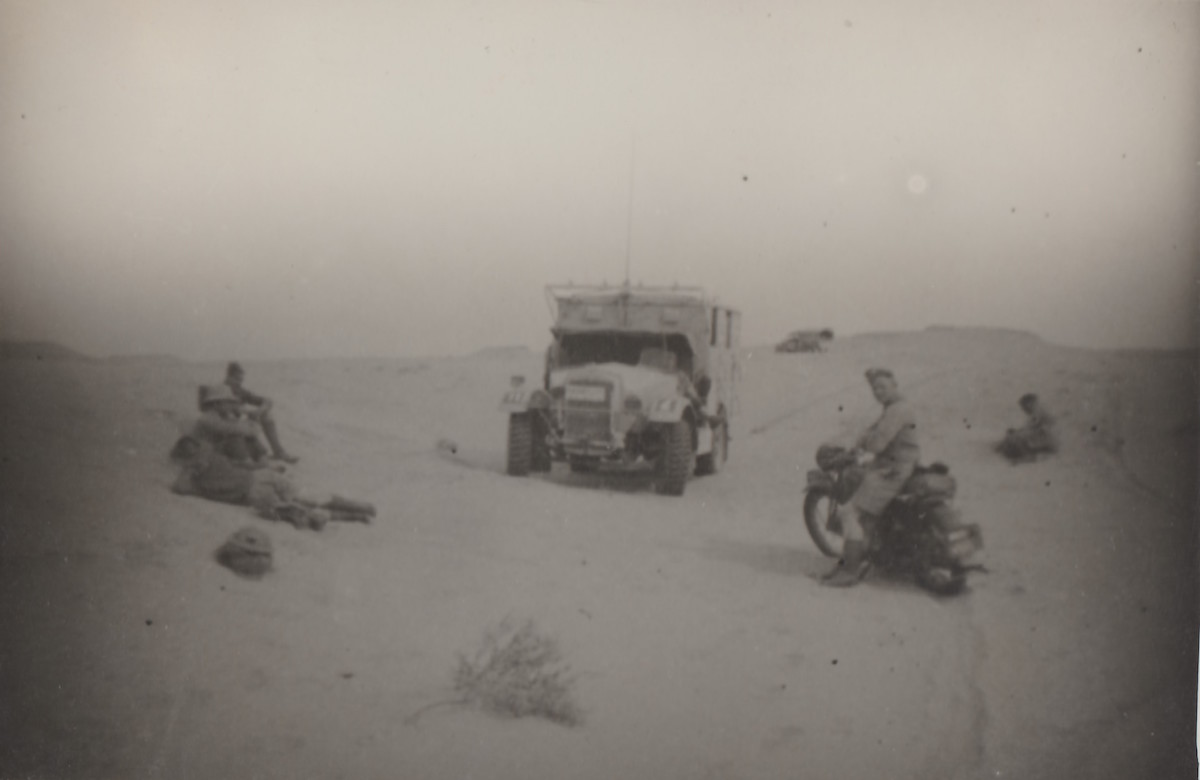 Dave Carnege, a fellow Dispatch Rider on his bike in the desert, 1940
3. First Jobs
5. War