To me, my Dad has always been a great role model. He taught me not to run around in my pyjamas, and in case anyone popped in, to get dressed straight away (something I have always done). As a young girl, he always kept an eye on what I ate; no extra potatoes for me! I was grateful for this as I grew up.

Dad taught me to dive in the river behind my Gran’s farm at Eketahuna; with me clinging to his back he’d dive and I’d get such a nose full each time that it wasn’t long before I wanted to try on my own. He took me underwater swimming in the Masterton pools so I could safely go diving out the coast with him. He had an air machine called a Hubble Bubble, which sat on the shore. Air was pumped through a line, then a tee and two lines, and could be used by two divers at a time. It was probably through the late 1950s when Dad was doing this.

He went diving once with a heavier man on the other line. Dad got into trouble and tried to signal the other man but he didn’t notice, and he was dragging Dad under the water due to his heavier weight. Uncle John spotted Dad and they managed to get him ashore. I remember him lying flat on the beach gasping for air. I think that took the shine off diving for me.

Dad was a hardworking man and I remember the long hours he put in, often cleaning neighbour’s septic tanks to help with family needs. When I asked him how he came to do this he said, “If I could do it for the Germans I could certainly do it for the neighbours.”

He taught me to never give up. I remember Dad trying year after year to get his Ham Licence for overseas radio use. He just kept going back until he got it. He reckoned they just gave it to him in the end to get rid of him. It was a good example to our young teenage family sitting exams at that time to never give up.

Dad speaks in his story of Mum’s talents and abilities. My Dad also is very talented. He has the ability to see ways to fix things with limited expense and his ideas helped considerably on his farm and with his drilling. He was a good engineer, able to weld and make required articles to aid his work. He could turn his hand to most things and accomplish them well.

Dad often said if we lived by the Good Book (Bible) there would be a lot less problems in the world. Dad was always devoted to Mum. When I was young he would somehow find the money to buy the latest gadget for her. As Mum’s condition worsened, Dad was amazing in his care for her.

He is a special man. He taught me to be generous with others who were not so well off. Many an account he did not send out over the years because he felt the recipient could not afford the cost. Many an account was reduced for the same reason.

I have learnt so much about Dad and what has happened through his life thanks to my husband’s niece, Kate McCarthy, who wrote this story. Dad saw so many terrible things through the war yet still came home, and chose to be generous towards others. What a privilege to be able to call you Dad.

May the Lord bless and keep you each day. 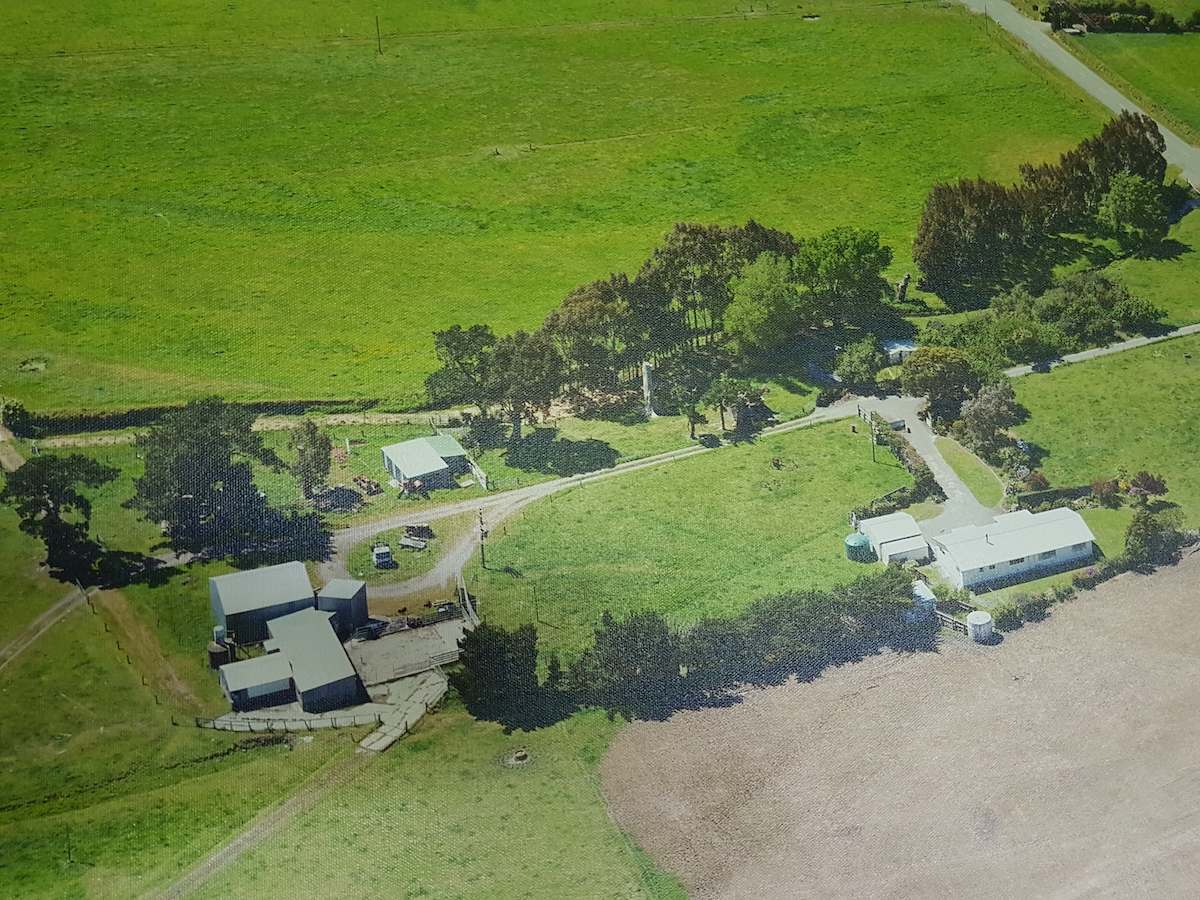 The original block I bought showing the house, cowshed, and workshop area.