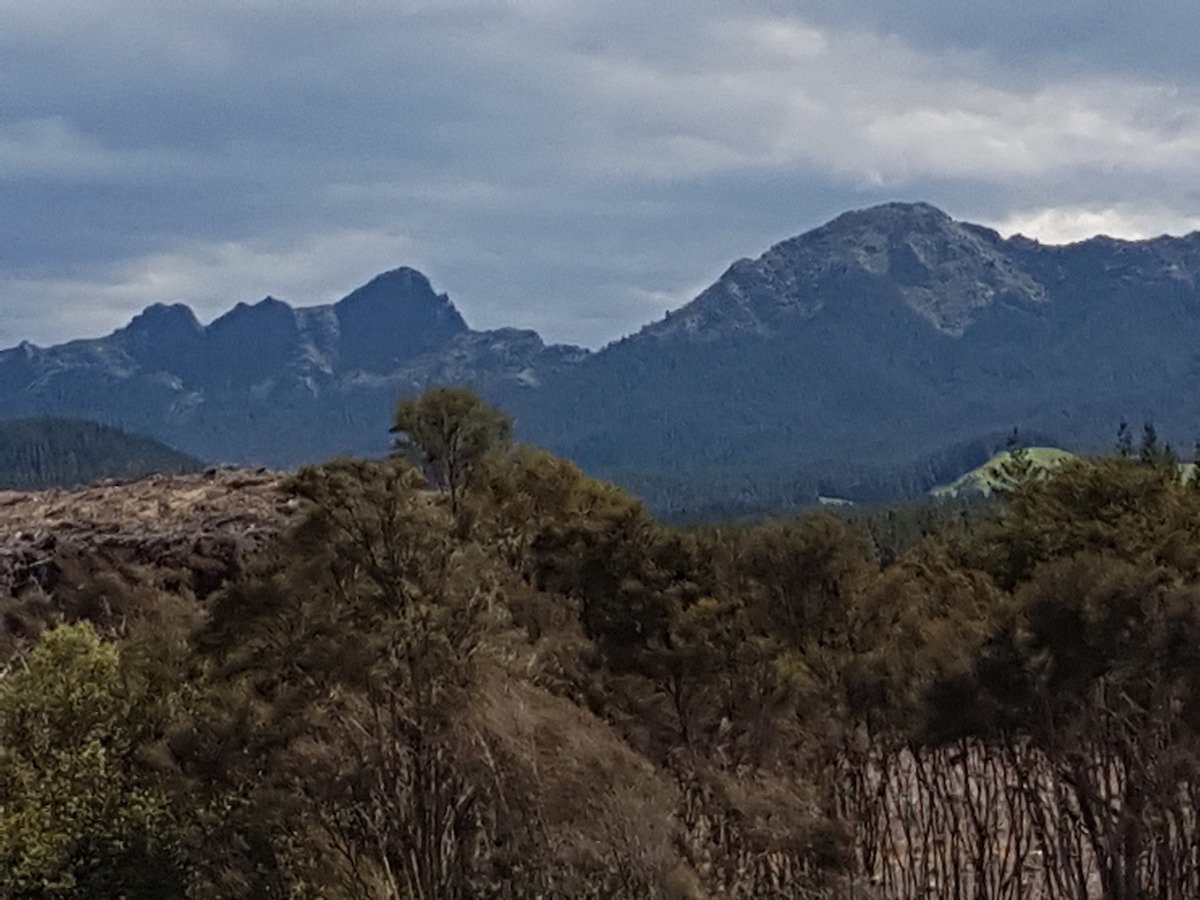 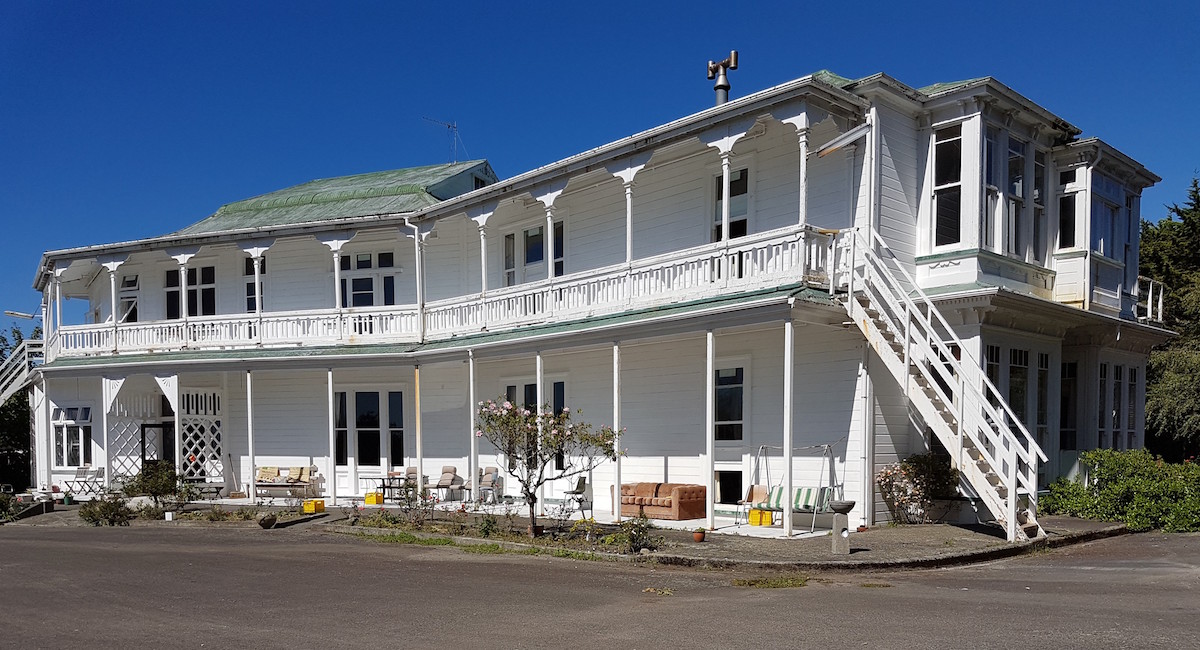 Fareham House owned by the Bartons

I left school when I was eleven and a half and worked with Dad digging drains for about a year before I joined Archie Clark’s in South Featherston milking about a hundred cows. We sold milk to a chap who took it to Wellington. Some nights he’d take two or three cans and on other nights he’d take the whole lot.

When I was fourteen, Uncle Harry (husband of Dad’s sister Rosa) found me a job in the Te Wharau district. To reach the area you turned off at Lands’ End and headed up the hill a short distance. The owners had their own road to Pukenui Station, down Craggy Lea Road, which was all flat for seven miles (approximately eleven kilometres), tucked away before the hills started again. Lands’ End Station was next door to Pukenui Station and up against Typo Mountains. The mountains were sharp and straight up, a different shape altogether and solid rock. The track up there wasn’t nice, it was only one-sheep-wide and it took all day for the sheep to cross from the back of Pukenui Station, across the Typo River and up the other side. It was a terrible place.

I was a cowboy and shepherd and every night I went around checking the hoggets making sure they weren’t cast. In the morning, I went up the gully to get the old cow and brought her down to milk. I carried the milk up to the house and separated it. Then I’d wash the separator and the old wooden churn too. I’d take the cream out, make butter, skim the milk and take out any milk we needed for the family.

My next job was at Barton’s Pigeon Bush Farm next door, that ran from the bottom end of the lake along Murphy’s Line towards Featherston. Together with my sisters I worked for Mr and Mrs Turner who managed Barton’s farm. At the Barton’s I was also shepherd and looked after a thousand ewes with a pony. It was relatively flat ground but with a heavy downpour, it become very muddy. My sisters Bid, Bet and Sis worked as maids for Mrs Turner while the Bartons lived in Featherston in a very big homestead, Fareham House. The Bartons spent a lot of money on Fareham House, including a big steam boiler that heated the whole place. I worked there off and on and after the war when the country changed over to electricity, I was called in to help remove the boiler.

Working on the Rimutakas

Around 1935 my next job involved digging in holes for power pylons along the Rimutaka Range. I boarded at the Public Works camp at Kaitoke, the old Ministry of Work’s camp, which is still there today. My accommodation consisted of wooden floors, proper tents were cast over the floors and cookers were in the huts. Sometimes the holes required for the pylons were five or six feet (approximately one and a half metres) deep on the topside and twenty feet (approximately six metres) deep on the bottom side. Another gang did concreting. To get concrete into the holes, a crawler tractor brought up one bucket of pre-mixed concrete at a time and poured it in. The big pylon over from Rimutaka Road facing it, has forty-eight chains of cable over half a mile (nearly a kilometre), which is colossal. They cut a track down through the scrub, forty-eight chains across and then hauled four cables back up it for power. About seven or eight men dragged the four cables one at a time down the track and up the other side. Then they hooked the cables on the winch, wound them up and took them up to the pylons. Robert, my son, worked up there extending the towers in the 1960s and added another four more cables on each pylon.

I was allowed travelling time one way when I was working up in the range during winter because it got dark before I could get home to bed. I was paid seven pound a week and keep, which was good money in those days. Breakfast was at 5.00am and I was billy boy. I’d chuck four or five plugs of gelignite in the hole, light it and boil the billy on it. It boiled like hell.

After the pylon job on the Rimutakas, I went to work on the Kapiti Coast Road at Pukerua Bay where I used a drill with four diamonds on it. I drilled holes for poles to go in the middle of the road to hold cables of steel designed to keep cars apart. The road was very narrow and the waves smashed against the road when I was working that job. After a while we used a big compressor to drill the holes.
Not long afterwards I went to Taranaki and worked for a chap who kept bees. He was away a lot selling honey and my job was to cart feed around for the starving bees on my motorbike. He was supposed to pay me ten shillings a week but only paid me when he could afford to. His brother-in-law promised me fifteen shillings a week to fit dairy plants and milking machines but that joker never paid me for the whole time I was there.

By this stage I owned my first motorbike, Panther, that I bought off Tui Morgan in Greytown. I think it had been in an accident or two before I got it as it went into a wobble at speed. I crashed it, Tui bought it back off me and wrote me an agreement and I got a brand new BSA, but I still owed seventy pounds. The government passed a law stating once men enlisted they must be paid what they were owed, so when I signed up at the age of eighteen, I collected just enough money from my unpaid wages to pay off the BSA before I went overseas. 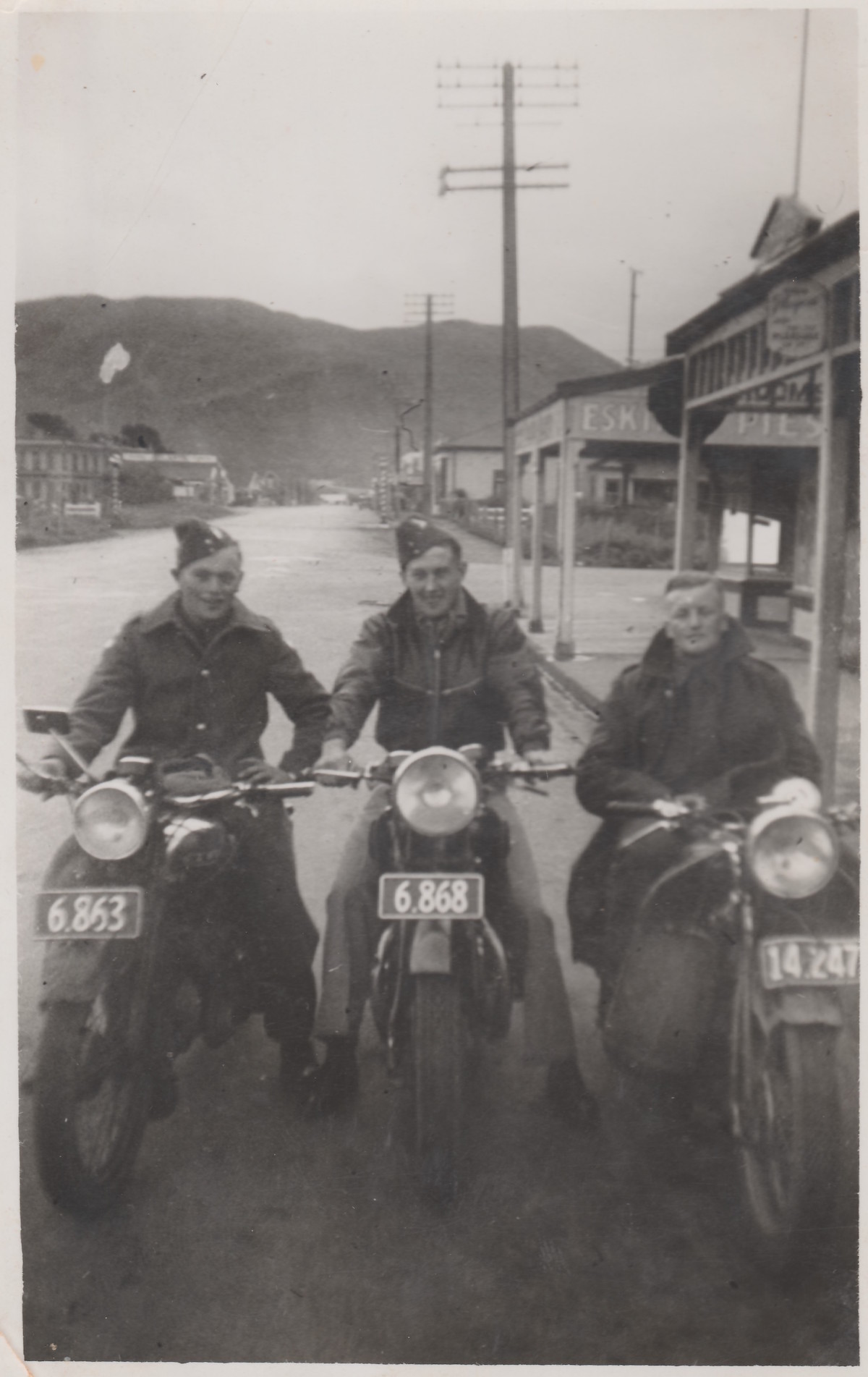 From Left to right, I’m on Panther with Carl Jepson and Tim on their bikes 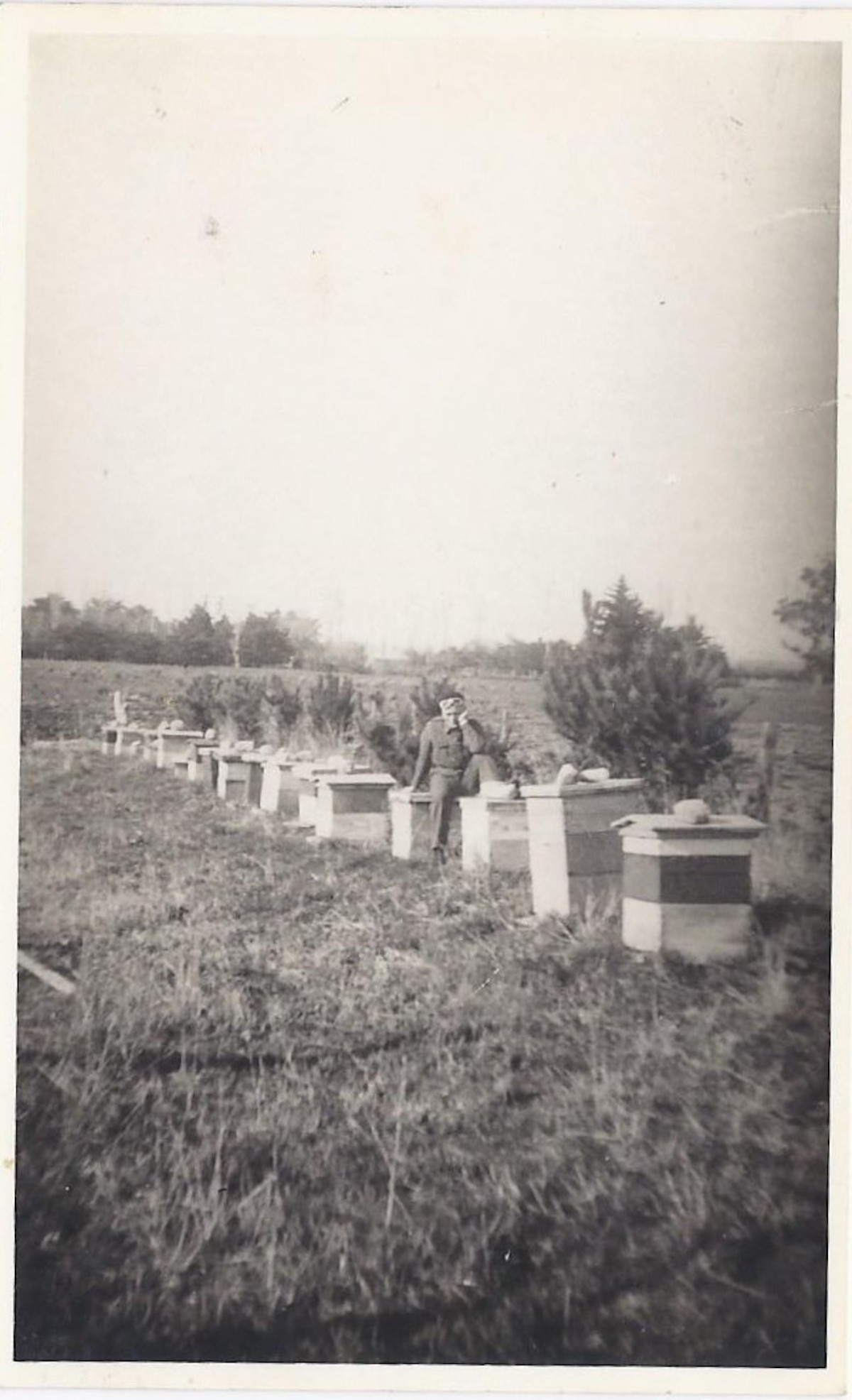 My beehives
2. Childhood
4. Joining The Army